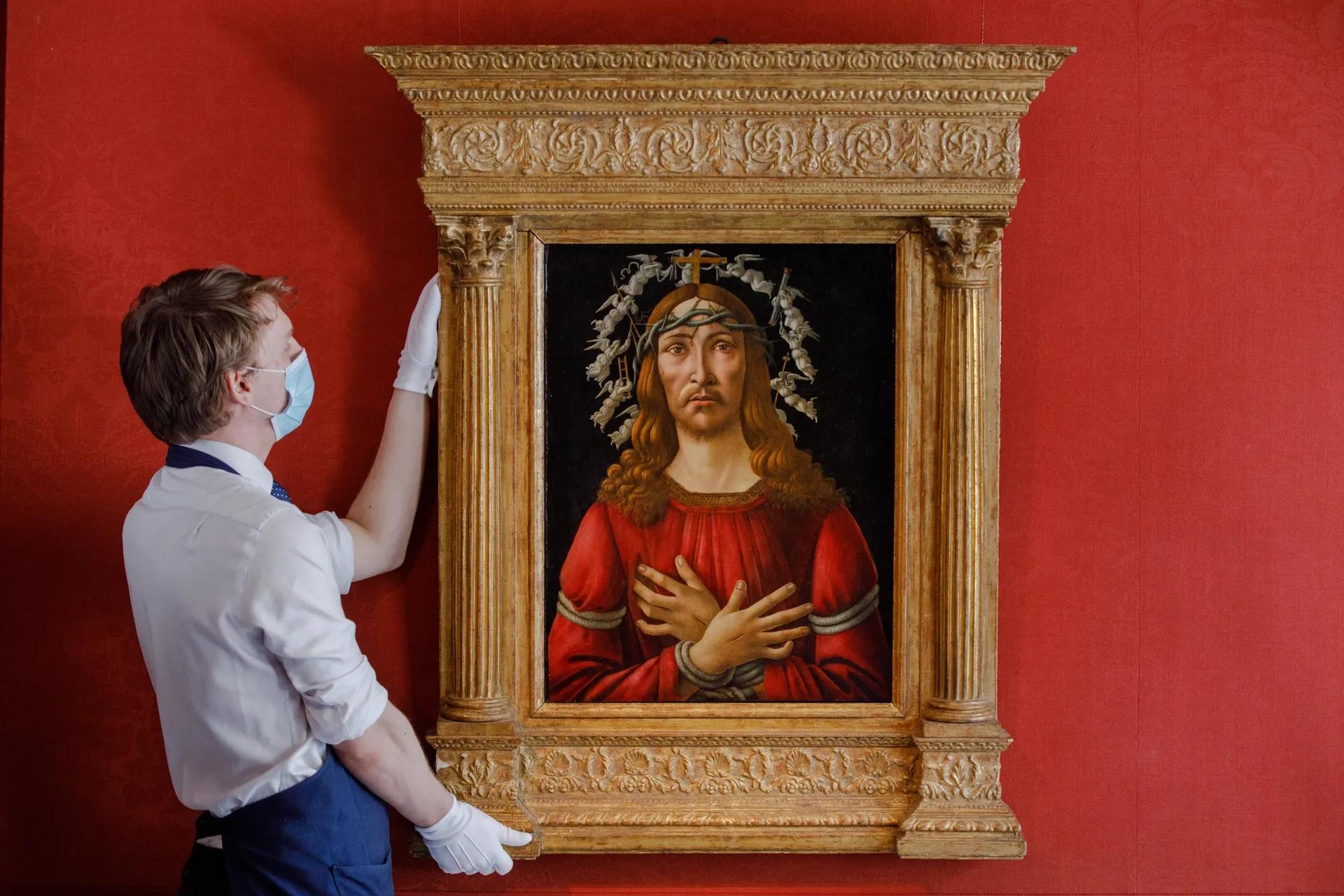 A Madonna hidden under the Botticelli 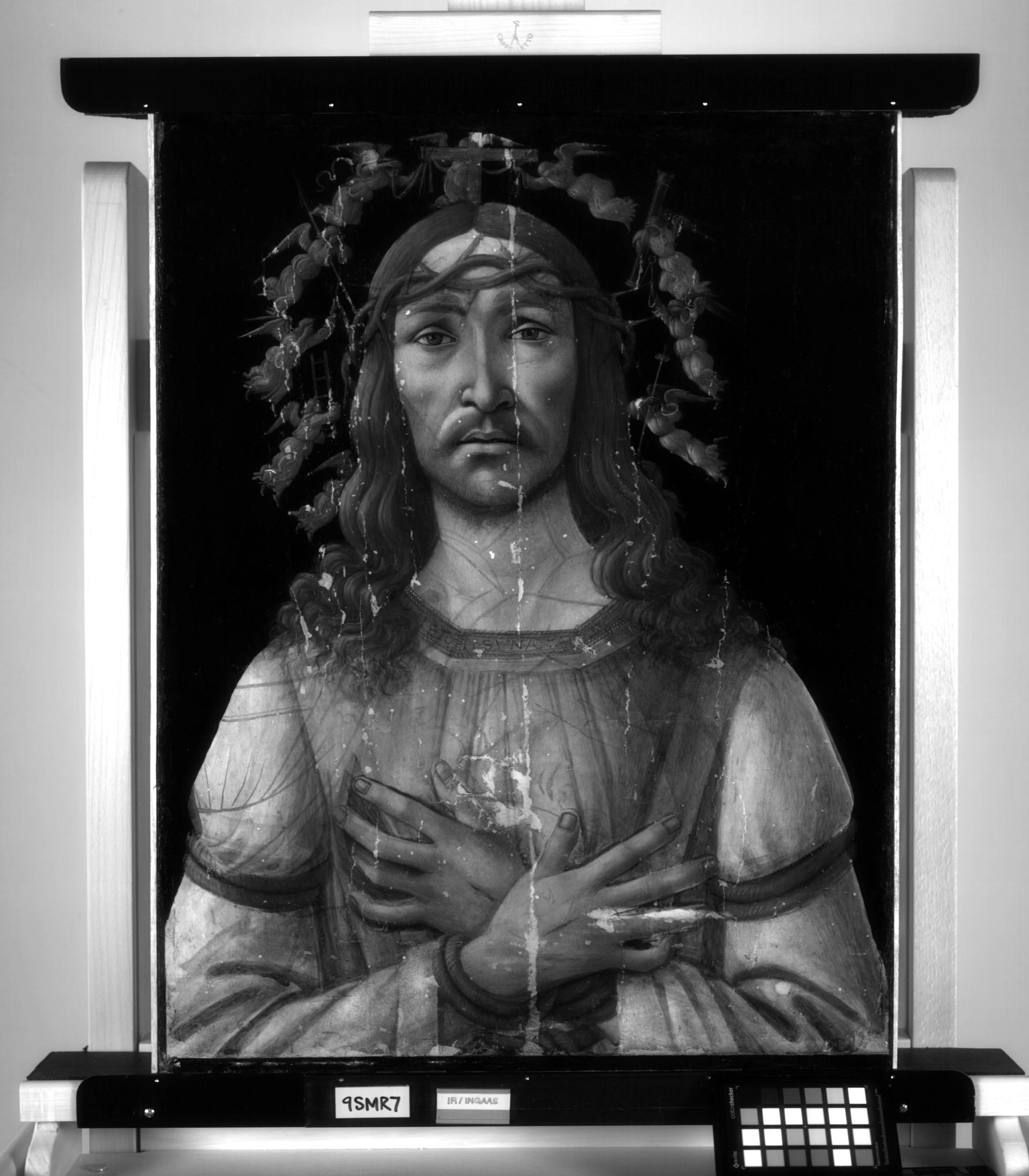 Botticelli’s painting “Man of Sorrows”, which will be auctioned at Sotheby’s on 27 January, has been analysed by the auction house, and infrared images show that underneath the painting there is an earlier composition. 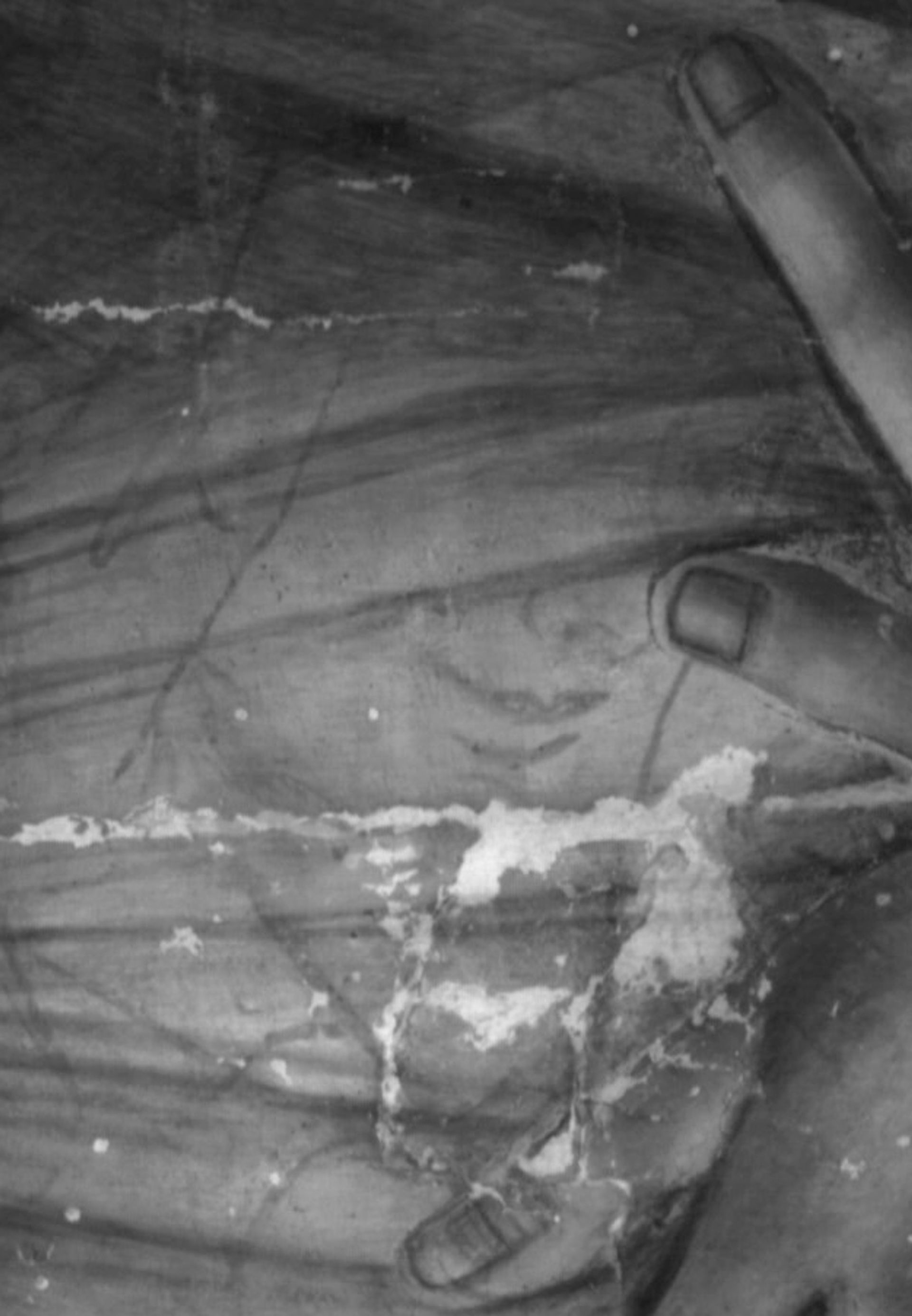 This is the painting of a “Madonna of Tenderness” which was abandoned and the same panel was used to paint the figure of Christ that can be seen today.

The reuse of panels was not a rare practice in Renaissance workshops, as panels were a valuable commodity and if a painting was abandoned, it was reused. In this case it was turned to make the new work and with infrared light it is possible to distinguish parts of the previous drawing. 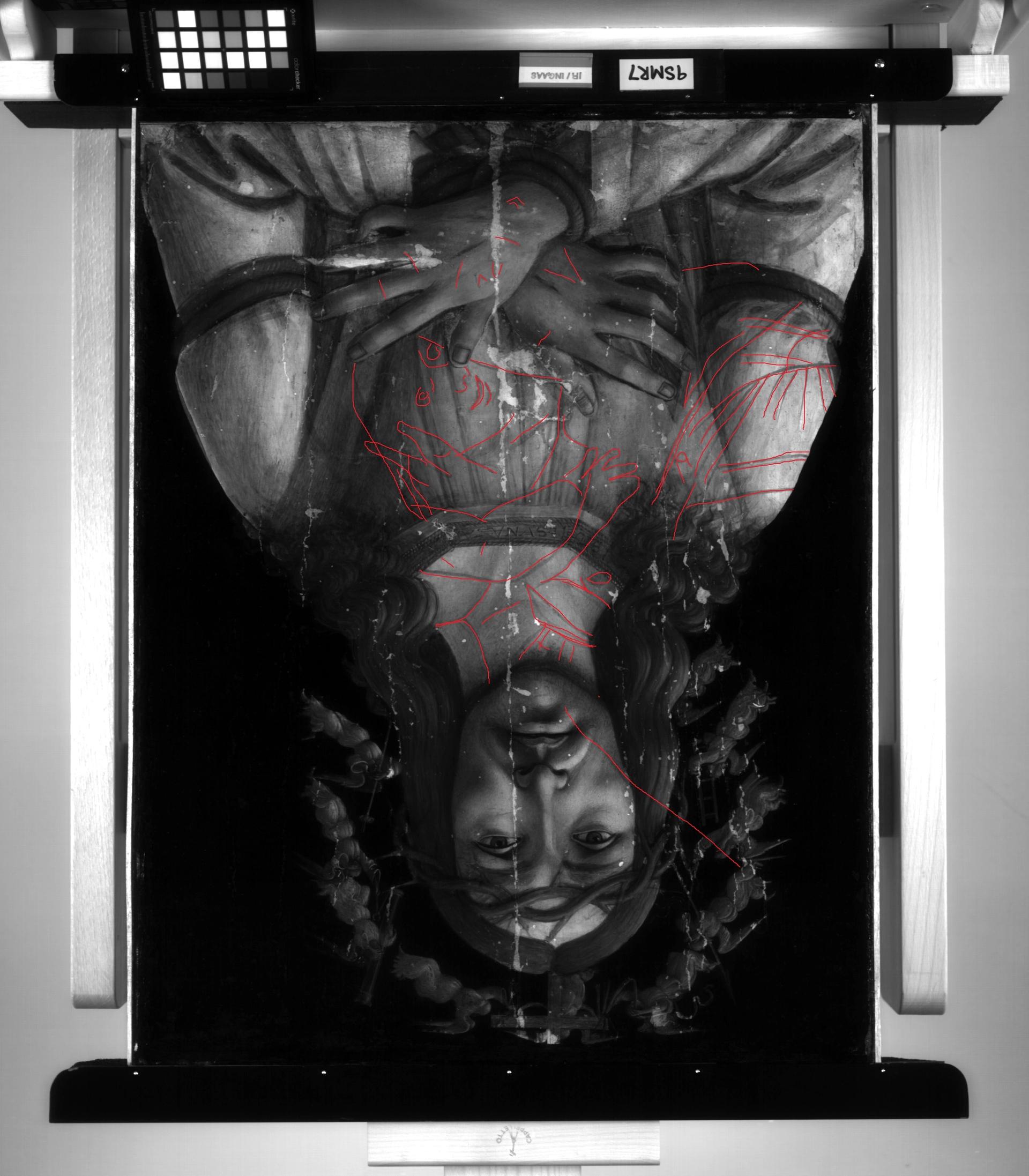