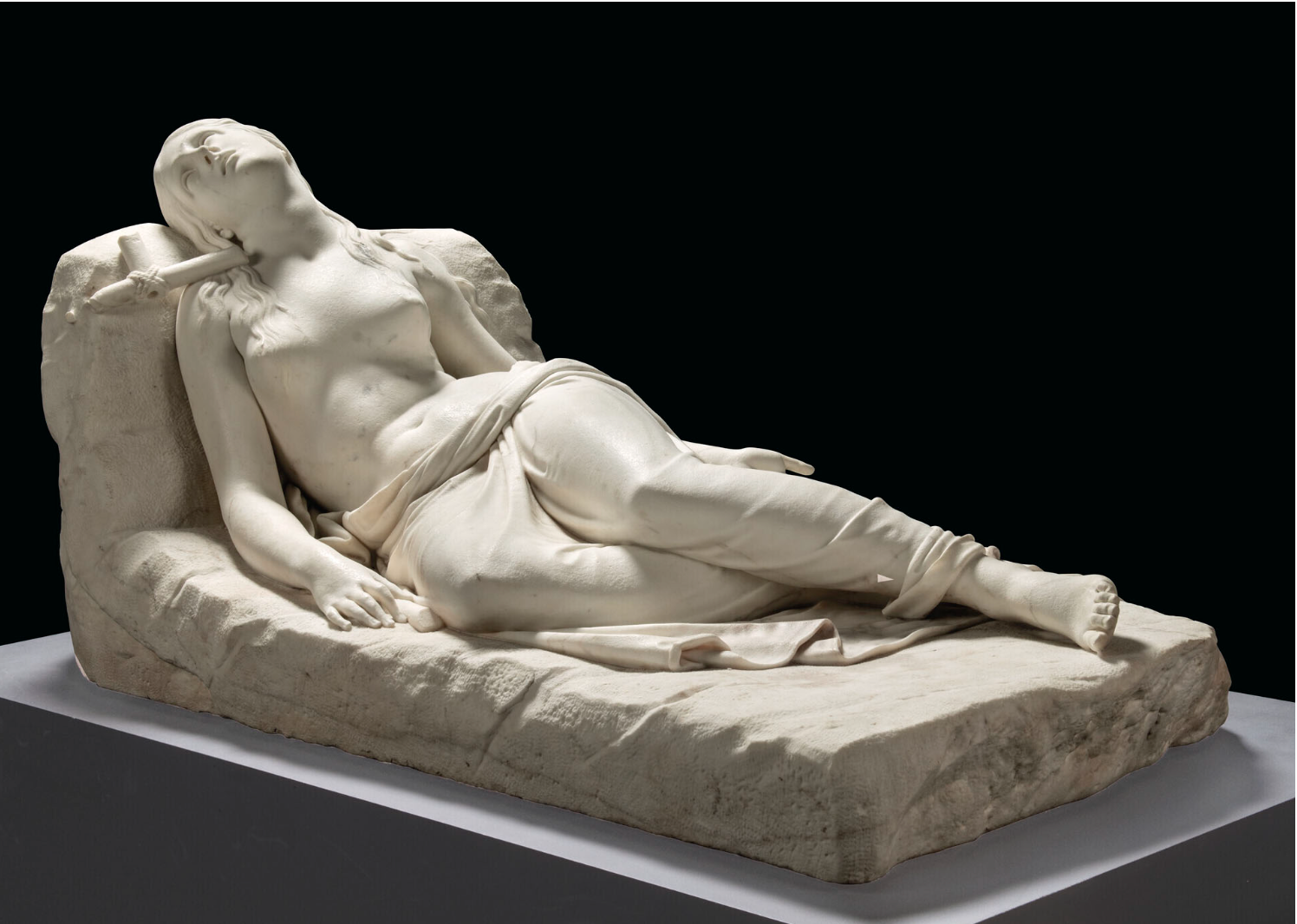 Tomorrow, 7 July, the sculpture “Recumbent Magdalene” by Antonio Canova (1757-1822) will be auctioned at Christie’s with an estimate of £5-8 million.

It is a historic rediscovery, the sculpture was known to experts, a plaster model is preserved in the Canova Museum in Possagno, but was lost track of for almost 100 years.

The history of this sculpture is very curious. It was commissioned by Lord Liverpool (Prime Minister of Great Britain) between 1819-1822 and after his death it was inherited by his brother Charles, 3rd Earl of Liverpool. In 1852 it was acquired at Christie’s by Lord Ward, one of the greatest British collectors of the day. Four years later it was exhibited in London – the only known early photograph of the piece that survives from that time – and in 1857 in Liverpool. From then on it was sold several times until it was auctioned at Sotheby’s in 1938, but was no longer attributed to the Italian sculptor. The Magdalene ended up in the garden of Violet van der Elst’s residence, where it remained until the property in Addison Road (Kensington) was sold in 1959. It was acquired by Jonathan Manasseh, who installed it in his garden, where it remained until 2002, when it was auctioned again at Sotheby’s (Garden Statuary and Architectural Items, 22 May 2002, lot 712). The sculpture was in a poor state of preservation and was also sold as an anonymous piece. It was acquired by its present owners for £5,200. 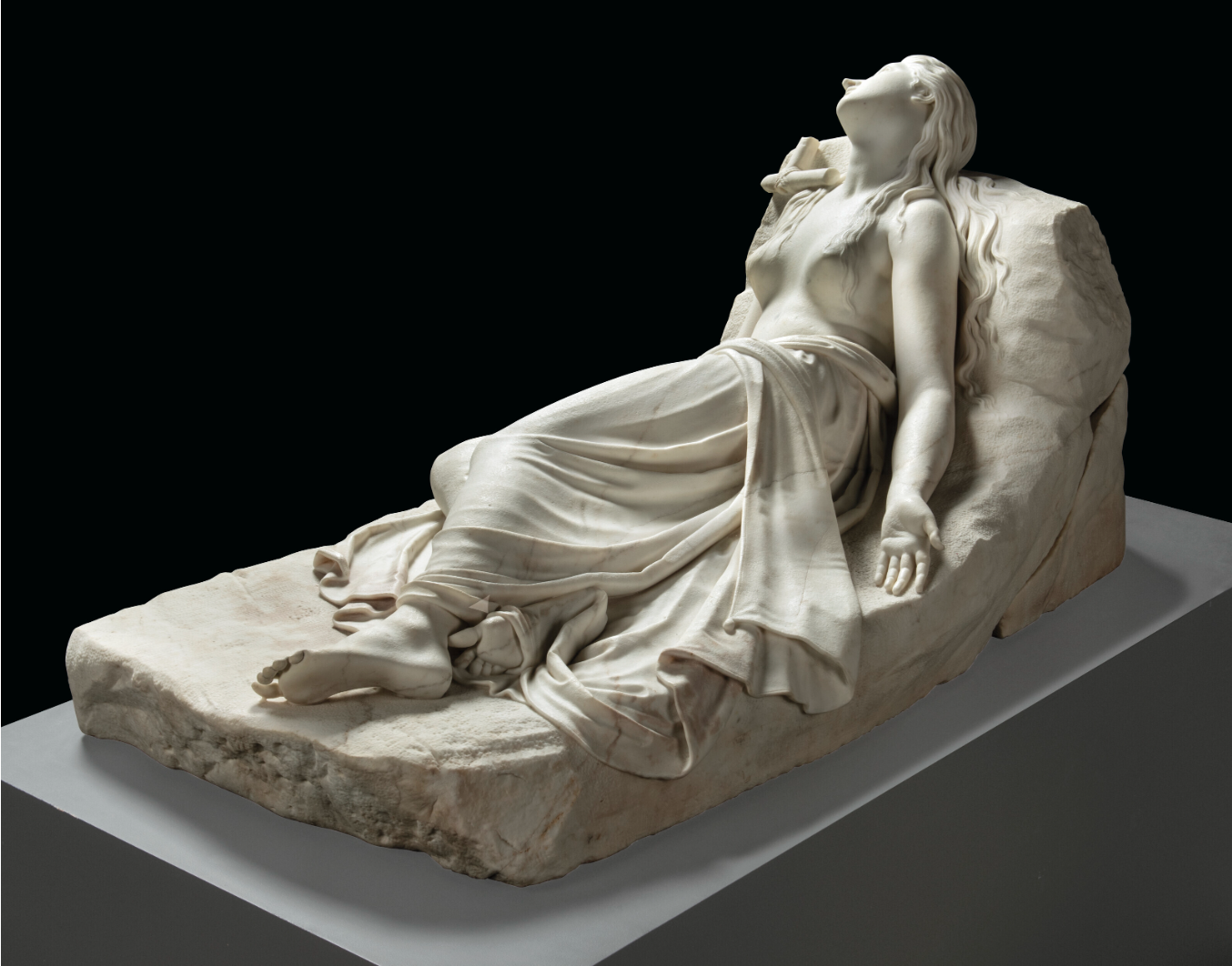 No one could have imagined at the time that they had in their hands a work which, once studied and restored, was one of the last sculptures by the most important Italian neoclassical sculptor, Antonio Canova.