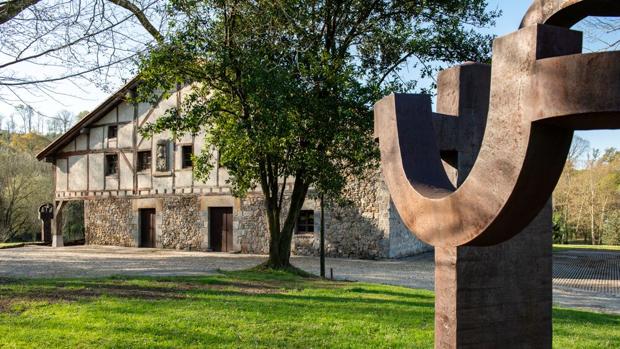 The sculptor Eduardo Chillida (1924-2002) created a home for his work. It is in Hernani, very close to his hometown of San Sebastian. It is in a traditional Basque house from the 16th century called Zabalaga Leku that the artist bought and refurbished between 1988 and 2000. Inside rest his most delicate works. Outside, in a sort of enchanted landscape stretching over an area of 11 hectares, are displayed 40 of his most resounding sculptures, including the immense Looking for light and Lotura XXXII. The sculptor called this place Chillida-Leku. After being closed for a decade, and following a long period of refurbishment, the museum opened its doors on April 17th. Visitors can thus admire the work of the artist who was able to capture air inside stone and corten steel.