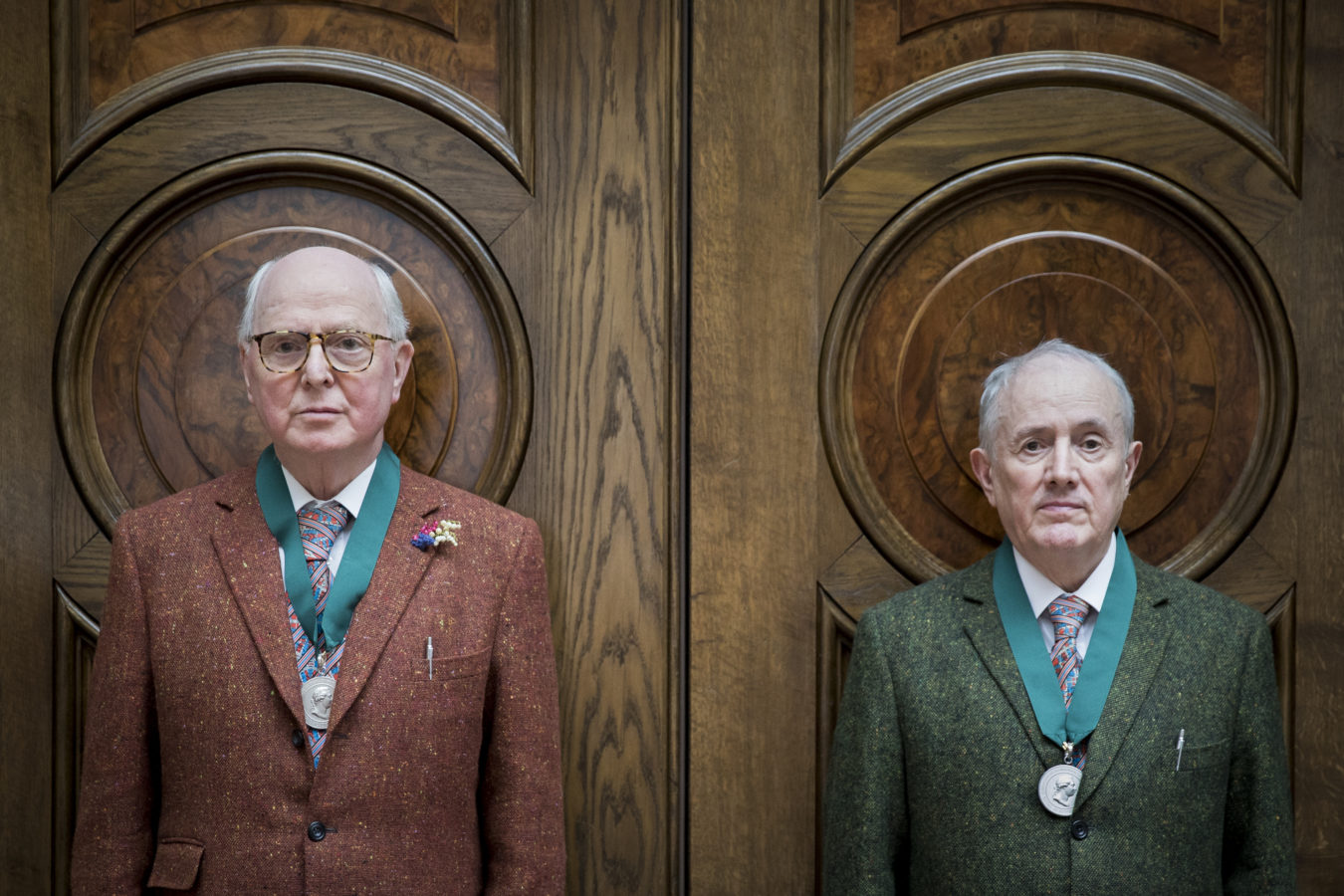 Gilbert & George as Guests of Honour in BRAFA 2019

“We have to let the pictures create themselves”

The international BRAFA Art Fair is proud to welcome Gilbert & George as Guest of Honour of its 2019 edition (Tour & Taxis, Brussels, 26 January – 3 February).

In the half century that they have lived and created art together as Living Sculptures, embarked on a visionary journey through the modern world, always together and always alone, Gilbert & George have created fiercely singular Anti-Art that is poetic, primal and emotionally driven.

At BRAFA 2019, they will present five recent large-scale works that will be placed at various spots throughout the fair. Their quirky vision of the world is sure to be a hit in the land of surrealism. The five pictures that will be presented have all been selected by Gilbert & George: the ‘Jack Freak Pictures’ (2008), the ‘London Pictures’ (2010), the ‘Scapegoating Pictures’ (2013) and the ‘Beard Pictures’ (2016).