Master of the Embroidered Foliage

The scene depicts the Virgin Mary breastfeeding the Infant Jesus. It belongs to the iconography of the Madonna Lactans, or Nursing Madonna, an intimate 12th century representation of the Madonna and Child. This painting, attributed to the Master of the Embroidered Foliage since 1926, is an exceptional example of his refined technique. Its composition is based on the comparable figures of Rogier van der Weyden’s (1399-1464) Saint Luke Drawing the Madonna, completed between 1435-1440 and now at the Boston Museum of Fine Arts. The stylistic bond between the Master and Rogier van der Weyden is so evident that the present painting was thought to be completed by Rogier van der Weyden himself whilst in the collections of Sir Francis Beaufort Palmer, and Calouste Gulbenkian in the 1920s. Although this work only copies the left side of van der Weyden’s prototype, it is still very much filled with the “spiritual stillness” which characterizes the original painting of Saint Luke Drawing the Virgin, the noblest possible subject of the time (Saint Luke was considered the patron Saint of artists and depictions of him adorned the premises of the painters’ guild in various cities in Europe). 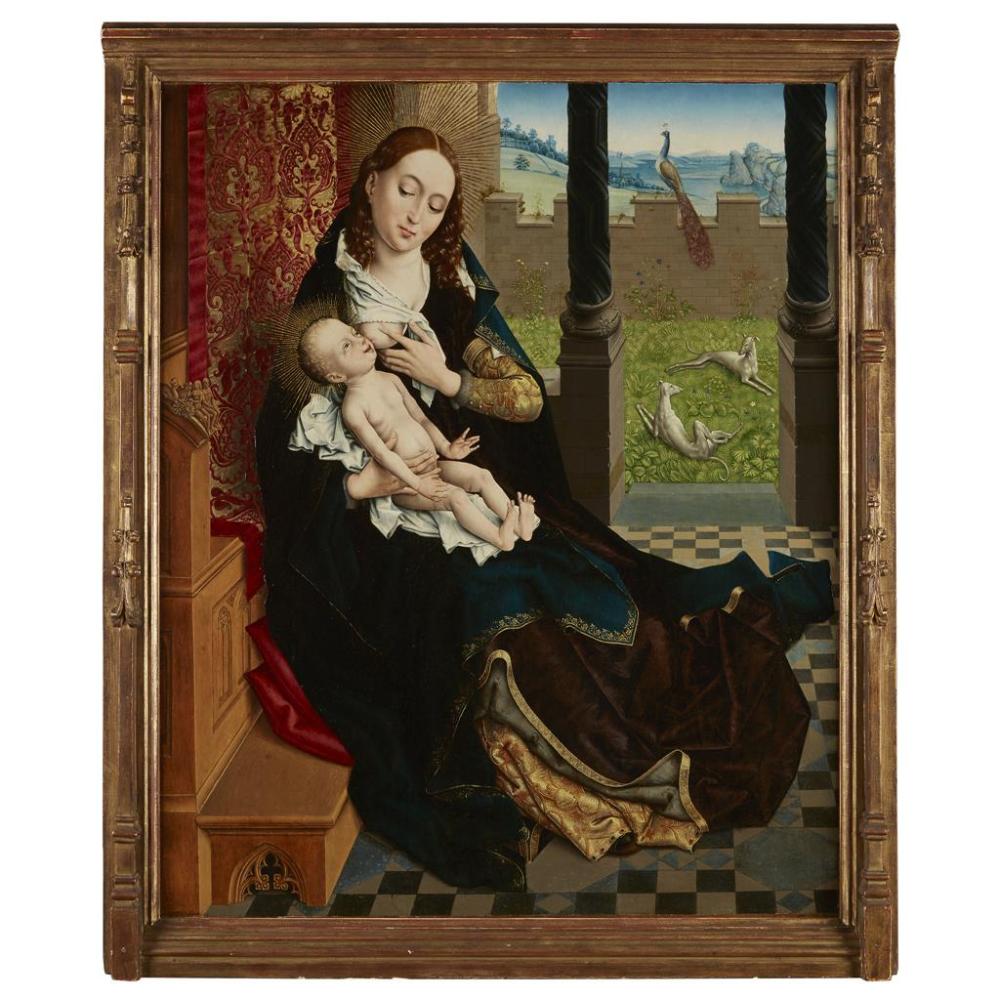