Presentation of Jesus at the Temple

Castilla, second half of the 15th century

The episode of the Presentation of the Child in the Temple is only collected in the Gospel of St Luke. In the verses dedicated to this passage from the infancy of Christ, the main figures of this composition are mentioned, who occupy the foreground: Simeon, the old man with his head covered, who is going to receive in his hands the Child and as had been revealed to him by the Holy Spirit, would not die without meeting the Messiah; and the Holy Family. The woman on the left, according to the Gospel narrative, turns out to be the prophetess Anna, who recognised the Messiah in Jesus.

Painter of English origin, active in Castile in the 15th century. His name seems to indicate his origin in the British Isles, but his Flemish formation is undeniable, what suggests a period of study or activity in Flanders. However, the only documented aspect is his activity in the second half of the 15th century in Castile, where he received numerous commissions, through which he introduced the Flemish style in that area of Spain.

His style is essentially characterised by the accentuation of the profiles, the tendency to meticulous detail and ornamental overloading. 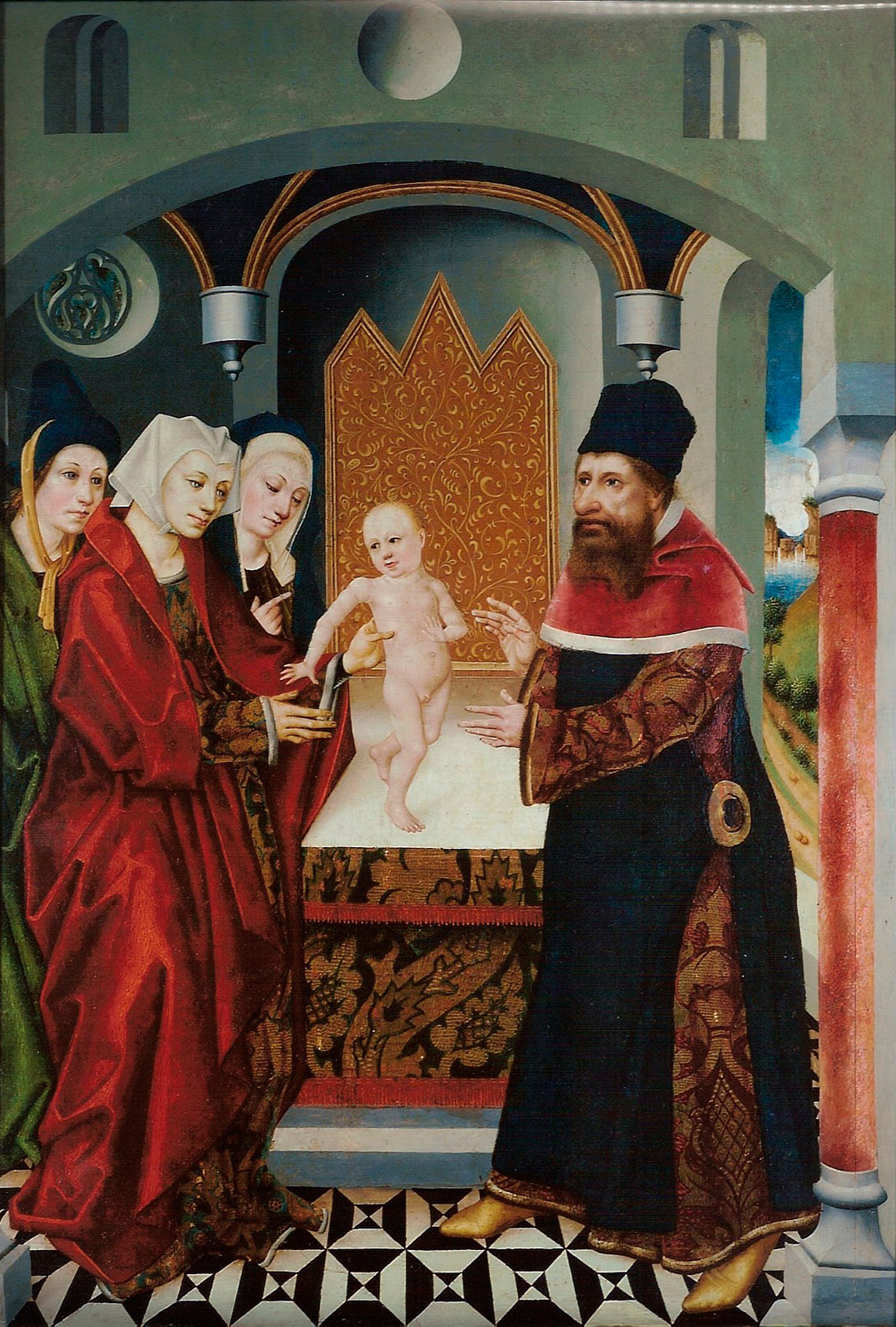